A Tragic Day in the Memory of Guardiagrele (Chieti)

Castel del Monte, a Jewel in the Apulian Countryside

Guardiagrele is an ancient and charming town in the province of Chieti in Abruzzo, it lays on the foothills of the Maiella mountain range at an elevation of around 576 meters. Its population numbers about 10,000.
We want to remember an tragic event that happened exactly 71 years ago during WWII that remained in the memory of the town.
In that period Guardiagrele was in Germans’ hands. On October 25 there was the order of evacuation and the people of Guardiagrele had to left their homes, some of them decided to move to already freed areas, some other decided to stay nearby and wait for the events.

The days before were relatively calm and on the morning of December 3, 1943 there were rumors about a possible arrival of allies, so in the streets of Guardiagrele excitement was in the air. Some people decided to enter the town to get some supplies and check their houses.

Actually some allied tanks arrived to Melone, at the entrance of the town, but the first one of them was stopped by a counter tank mine, so the following ones decided to retreat. Shortly thereafter an artillery battle started on the town of Guardiagrele that soon became full of fire and smoke. Soon two persons died as a consequence of those artillery shots, Vittorio Rosica that was on via Orientale, and Maria Grazia Tinari that was on Via Cavalieri.

Around noon some allied bomber aircrafts arriver over the town and started to machine-gun and bomb. A second wave of bombers arrived around 2.30pm and bombed again the town, this time with even more dramatic consequences. In fact on the higher part of the town, near the water cistern there was a tunnel for the water supply pipe, and about forty persons tried to take shelter in that hole. A bomb fell down right over that tunnel that was destroyed and many people that were under there died.

This day in the memory of Guardiagrele is similar to many others tragic war days, but may our mention homage also other people that lived tragedies like this in other places and other times. 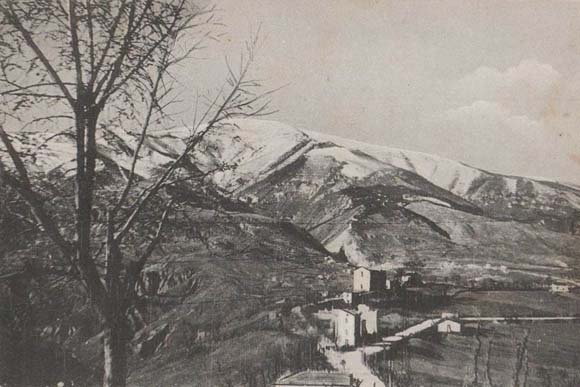 (In the photo the Maiella mountain range as seen from Guardiagrele) 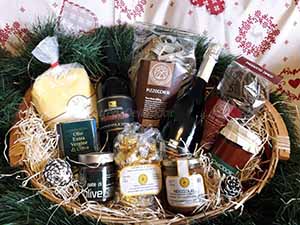